Before you go, check this out!

We have lots more on the site to show you. You've only seen one page. Check out this post which is one of the most popular of all time.

Finding a middle name for Lucas once you’ve decided on it for a first name can be tough! As a parent of three children, with a little girl on the way, I have done my fair share of baby naming. Second names are tricky because, on the one hand, you might want to make it fun or interesting, but on the other hand, you don’t want it to be too weird.

There are many middle names for Lucas to choose from with classic, modern, and more unique options. Here are the best second name ideas for boys named Liam.

Remember that there is no such thing as a perfect name, but it is possible to find a name for your baby that you truly love. Let’s go over some tips for finding the right middle name, some things to avoid, and finally, some great suggestions to get you started!

The meaning and history behind Lucas

Lucas is a very trendy variation of the name Luke that has been growing in popularity over the years.

As I said, Lucas is a longer variation of the name Luke which was derived from either the Latin name Lucius or the Greek Loukas. Lucius comes from the root word lux, which means light and Loukas is a contraction of the name Loukanos which literally translates into the man from Lucania. Historically, the name is also a Biblical reference to Luke that traveled with the apostle Paul as his doctor. Luke wrote the Book of Acts from the New Testament and has become a saint in many Christian faiths. The modern form of the name Lucas has been around in the English world since around the 12th century.

Whatever your ancestry or reason, Lucas is a great name that has a strong sound that stays classic and trendy at the same time.

After spending all of your energy on the first name, finding a second name can feel stressful.

Don’t let that take away from finding the perfect follow up to the first name that you took so long to pick! Heck, you could even decide to include two middle names or even leave the name blank! In the US, you are only legally required to have a first and surname on the birth certificate when you leave the hospital, so it really is your choice. Still, most Americans typically stick with the traditional three names.

Don’t be afraid to have a little more fun with the middle name, by the way, because they are an opportunity to show a little more personality and creativity. In most cases, middle names aren’t often used, and they can serve as a way to honor family or make an otherwise more traditional name more fun.

Where to find inspiration for the middle name

Since it’s not as common to see the middle name, you can pick whatever you want without much fear of judgment from others. Still, it can be overwhelming when you start to think about it, so here are four ideas for where to find potential inspiration:

What to watch out for when you choose the middle name

It can be a lot of fun to think about middle names, but there are still a few potential issues that you need to watch out for that could cause problems with the name as a whole. Here are a few things to keep in mind:

Psst! Since you have already picked out your first name, why not check out some of these personalized gifts for your baby boy Lucas?

Note: All of these gifts can be personalized before you buy so don’t worry if the name in the picture isn’t Lucas!

So without any further ado, let’s get the name list started! I’ve scoured internet forums and books to find a ton of great-sounding middle names for a little boy named Lucas. Some of these have a classic feel, others modern, and the last category is a bit more unique or interesting. I hope that you find one you love!

Conventional or traditional middle names are great because they are timeless. Centuries of parents have trusted these names to help give their child a strong name that he can be proud of throughout his life. While they might not be the most fun or unique, they aren’t likely to draw any criticism or judgment from others when they are heard on the roll call.

To punch things up a little from the classic category, you could choose from the more modern second names for Lucas on the list. These will still have a solid feel but won’t sound as old as the classic list. Many of these names can also be found as trendy first names in recent years.

Finding something truly unique means that you will need to consult your own creativity, but I have a lot of potential ideas here to get you started. Using a more fun and interesting middle name for your boy named Lucas can inject a little more personality into the name as a whole without compromising the first and last name. Here are some names that I like!

I genuinely hope that you were able to find some inspiration here with these name lists. I love to look at baby names, and making this list has me wanting another son to name Lucas!

Just remember – don’t let yourself get overwhelmed with the process of picking out a second name for your son Lucas! Unless you waited until the absolute last minute (let’s hope not!), you should have months to let names you like kick around inside your head until you make your final choice. Also, just because you loved a name early on doesn’t mean that you will necessarily love it a couple of months later.

Also, be careful about sharing too much about your naming journey with others. Sometimes friends and family have a way of discouraging names that you enjoy and, ultimately, it is you and your spouse’s choice! Have fun with it!

link to When Can Baby Start Using a Blanket While Sleeping?

Baby blankets are often one of the most popular gifts parents receive from family and friends as they prep for a new baby, but when is the safest time for babies to start using blankets while they...

Continue Reading
link to What Is Diaper Cream And Is It Safe? (Plus 2020 Buyer's Guide!)

Diaper rash is a common skin irritation that many babies will experience during their first few years of life. It’s often caused by leaving a dirty diaper on for too long, your baby being allergic... 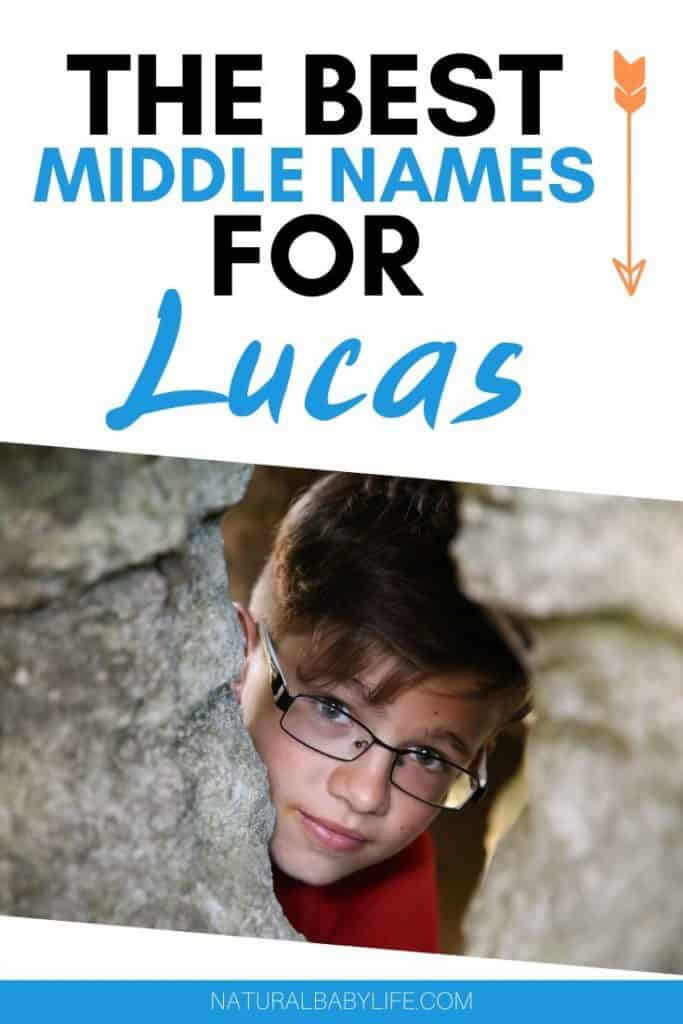